Hazard Specific Sub Plans are prepared to ensure the delivery of comprehensive emergency management arrangements relevant to a particular hazard.

The ACT Emergency Plan describes the responsibilities, authorities and the mechanisms to manage emergencies and their consequences within the Australian Capital Territory (ACT) in accordance with the requirements of the ACT Emergencies Act 2004.

The ACT Emergency Plan outlines the principles for emergency management in the ACT and identifies the roles and responsibilities related to identified hazards and associated emergencies.

The governance arrangements in the Plan identifies the forums for communication, liaison and coordination between the ACT Government, its Agencies and national emergency management bodies. The figure below details the principal Territory and National Bodies and their relationships. A full description of these bodies is identified in the Emergency Plan. 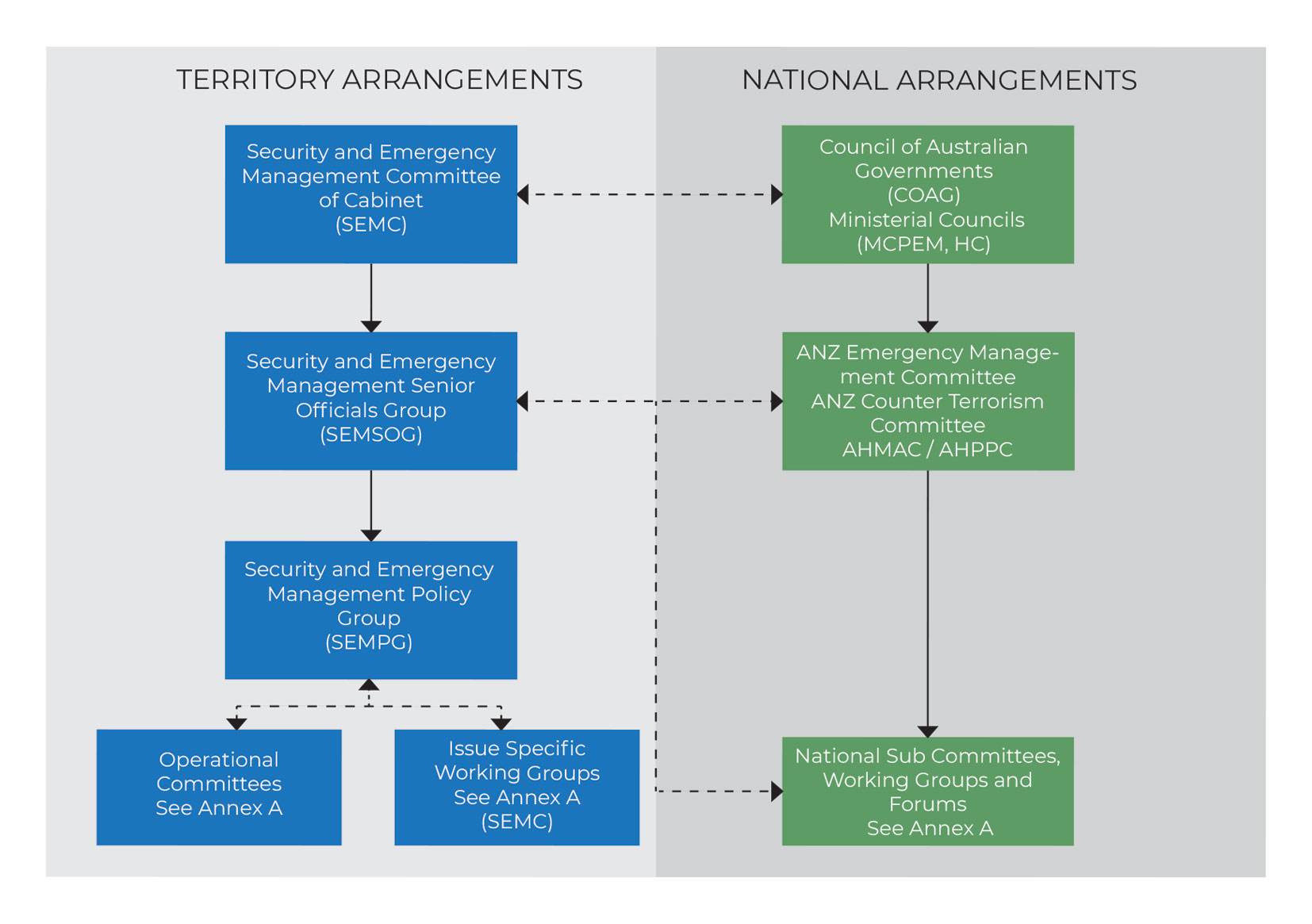 Sub plans are prepared for emergencies which may have a significant impact on the ACT,  and which require the resources and capability of multiple ACT directorates or cross jurisdictional resources.

Supporting Sub Plans will also be prepared where operational arrangements and functions may be required as part of the response to range of hazards, such as arrangements for recovery, mass casualty and fatality management. 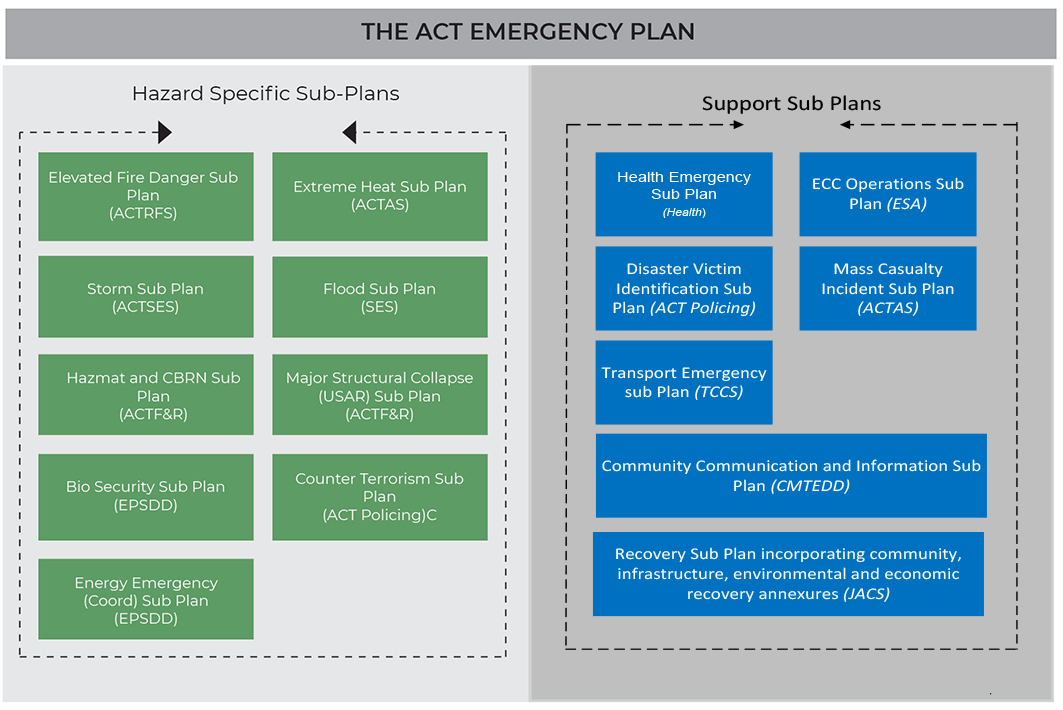